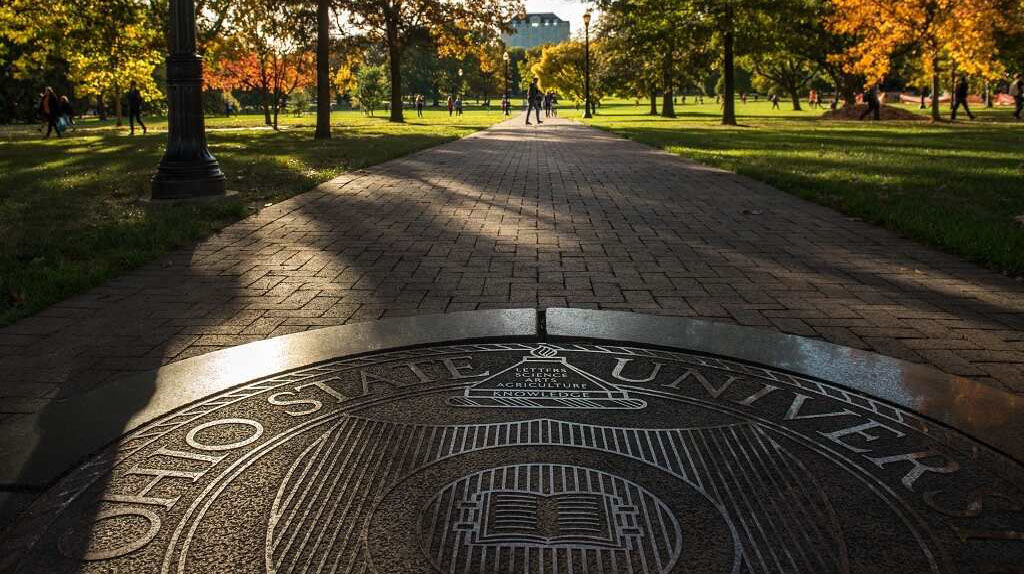 Collegeboxes is the top student storage and shipping provider. While serving over 350-plus schools, we’ve learned a lot about different universities. This month, we’re giving you five reasons to love Ohio State University including the campus, the Buckeye football program, and the food.

Over 60,000 people attend Ohio State University, making it one of the country’s biggest schools, and we’re here to serve all students.

With so many students, there’s a need for a big campus. At Ohio State, there are 1,600 acres of campus to explore, which is located in the state’s capital of Columbus and the heart of Buckeye Nation. The large space creates a variety of study spots and activities to choose from. For instance, the Wexner Center for the Arts gives students a different environment to study in, but there are a few other amenities as well. The Heirloom Café will get you fueled for those long nights studying in your textbooks. The internationally renowned research lab and center for contemporary art also have galleries to see for a cheap price when you want to step away from your studies for an afternoon. Other spots that students really enjoy are The Oval, Bill Ireland Cartoon Library and Museum, the Ohio Union, Orton Hall, Browning Amphitheater, Smith Laboratory, and plenty more.

Ohio State has also spent $370 million to add to its campus and renovate the northern section. Most of this money was spent on four new residence halls. Toward the North High Street/Lane Avenue part of campus, these dormitories include coffee shops, convenience stores, community lounges, private bathrooms, and other designs to help student life.

For many, the main purpose of going to college is to get a degree and to use it as a stepping stone to the career of their dream. Ohio State places highly in multiple rankings, but where the school is located might mean even more. In the past decade, the city of Columbus has been named a top opportunity city.  With a large number of major corporations and jobs available it’s easy to find a career nearby quickly after graduation.

Columbus is one of the top 20 largest cities in the United State, but it doesn’t feel that way. The people are friendly, the city’s environment isn’t thrown in your face, and Columbus has been given the nickname “The Biggest Small Town in America.” The cost of living in Columbus is lower than most cities with a similar population and has plenty of attractions to check out during your time at The Ohio State University.

Whether you’re staying in Columbus or heading home after the school year or graduation, Collegeboxes can help with your move. Collegeboxes offer Storage and Shipping, Ship to School, and Direct Shipping services for students. You can store your belongings at a clean, dry, and secure U-Haul storage facility that you can access at any time. Because Collegeboxes is a division of U-Haul, students benefit from the U-Haul network of more than 1,500 storage facilities across the United States.

Collegeboxes shipping services can have your items sent to your school, like The Ohio State University, or directly where you need them to go.

Eight National Championships. Seven Heisman Trophy Winners. Countless All-Americans and NFL Draftees. Arguably the best college football program in the nation, Ohio State gives students plenty to cheer for. Next to the banks of the Olentangy River sits Ohio Stadium, home of the Buckeyes. With a capacity of over 100,000, “The Horseshoe” is one of the biggest stadiums in North America and the fourth largest on-campus facility in the nation. Since it hosted its first game back in 1922, Ohio Stadium is a monument to college football fans.

Students have influenced the program since the start and are a big reason why Saturdays in the fall are such a big event. Back in 1878, the Scarlet and Gray color scheme was picked by a group of students in the University Hall because it was unlike any other combination. An art student designed Brutus Buckeye, the team’s mascot, in 1965. There is also a no better time to show off your school pride than the biggest rivalry in college sports. Known as “The Game”, Ohio State’s annual contest against the University of Michigan is widely regarded as one of the best head-to-head contests in sports.

Enjoy the “The Best Damn Band in the Land”, Script Ohio, and come together with fellow students to sing Carmen Ohio, and enjoy a lot of wins while you school in Columbus.

The art and soul of Columbus. The Short North Arts District sits along the stretch of High Street between downtown and Ohio State’s campus and is signified by the 17 lighted arches that line the main street. There are murals along the sides of most buildings in Short North, creating the foundation of the artsy vibe.

This stretch is perfect for college students to get a change of pace from campus and explore their creative side. Short North offers more than 100 restaurants, galleries, and boutiques and booming with new mixed-use and residential development. The walk from campus to Short North is under two miles away and has become a favorite among all students.

Coming in as a freshman, most students worry about the food on campus. Certain first-year students only have the culinary skills to make cereal and a peanut butter and jelly sandwich, which means the dining hall then becomes an essential spot. Ohio State’s large campus offers three main dining halls that can be found at three different ends of campus. Everyone has their preferred dining hall over others, there are generally good reviews from the student body. According to Niche, The Ohio State University ranks 33rd for “Best College Food in America.”

If you ever get tired of the dining halls, there are plenty of spots in Short North as we mentioned and, downtown Columbus being a short car ride away, you can find anything you desire. Don’t want to leave campus? That’s fine too. There are options to choose from such as Woody’s Tavern or Sloopy’s Diner, the late-night go-to choice of many, in the Ohio Union on campus.

Need any more convincing as to why to love The Ohio State University? Didn’t think so. If you’re planning on going to Columbus or are a current Buckeye, trust Collegeboxes, the No.1 student storage and shipping provider, for your college moving needs. Sign up today!

Search for Your School