Collegeboxes School of the Month: Catholic University of America 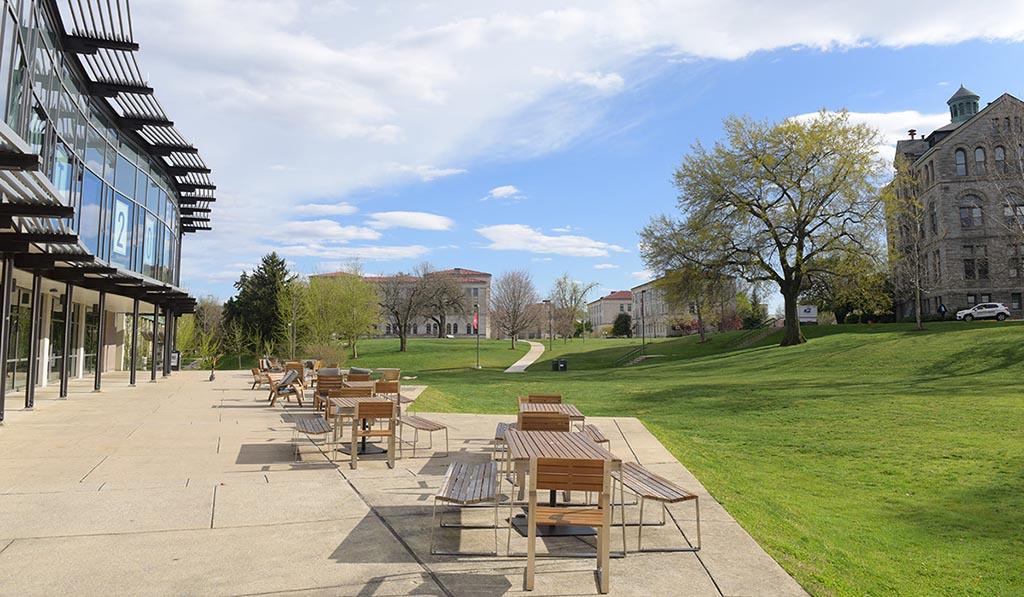 Collegeboxes knows a thing or two about different universities. As the number one student storage and shipping provider, Collegeboxes wants to spotlight one of the 350-plus schools we serve each month.

Catholic University of America is our School of the Month for the month of September.

Where is the Catholic University of America?

In the nation’s capital, you’ll find more than just the White House. The Catholic University of America can be found in Washington, D.C. Back when the school was getting established in the late 1800s, New York and Philadelphia were considered as the future home for the school. However, the national symbolism of Washington, D.C. helped lead to the selection.

On April 10, 1887, Pope Leo XIII sent a letter to Cardinal James Gibbons, archbishop of Baltimore, giving his formal approval for the founding of The Catholic University of America, and in 1887 the University was incorporated in the District of Columbia on 66 acres of land.

The now 176-acre campus is within four miles of Capitol Hill. Students are planted in the heart of the capital of the United States with plenty of history to see. Imagine a day off from school at Smithsonian National Museum of Natural History instead.

What is Catholic University of America Known for?

The Rome School of Music, Drama, and Art has produced a handful of award winners. Alumni Jon Voight (Coming Home, 1978) and Susan Sarandon (Dead Man Walking, 1995) have won an Oscar for best actor and actress. The school also has had seven Tony Award winners and two Pulitzer Prize-winning playwrights.

If you’re interested in nuclear waste or being a spy, Catholic University of America might be for you. Researchers at the school helped pioneer the technology the U.S. Department of Energy is using to clean up the Cold War-era, plutonium-producing Hanford nuclear reservation in Washington State — one of the largest environmental cleanup efforts in history. Meanwhile, Nicholas Dujmovic, clinical assistant professor of intelligence studies and a former CIA officer for 26 years leads the intelligence studies program. Students can learn all about spies and more.

A few fun facts you might not know about Catholic University of America is that it’s the second-oldest research university in America behind only John Hopkins. When it added its own undergraduate program in 1904, the University’s reputation for quality research and close student-faculty collaboration was well-established and growing.

Collegeboxes is the #1 Student Storage and Shipping Provider, powered by U-Haul. Collegeboxes serves 350-plus schools including Catholic University of America. Students can use services like Shipping and Storage, where your belongings are stored nearby at a clean, dry, and secure local storage facility that you can access at any time. Collegeboxes partners with the housing office at Catholic University of America to make moving in and out of school even easier! With this partnership we provide in-room pickup after move-out and delivery before move-in.

If you are a Catholic University of America student that travels to school, perhaps by plane, Collegeboxes offers Ship to School and Direct Shipping services. Ship to School is the most convenient way for students to move to school. Simply pack your belongings, ship them to us, and we’ll deliver them to your room before you arrive at school. You can move to school with just a backpack and have everything else placed in your room. Direct Shipping lets the experts in moving college students provide an easy and affordable way to move to and from school! Our shipping process gets your stuff from point A to point B with no storage. You pack, FedEx picks up your boxes from your home or mailroom and ships to your destination.

If you’re a present or future Catholic University of America student and want the easiest college moving process, sign up today at collegeboxes.com.

Search for Your School